Representatives of Indigenous Peoples of the North meet in Murmansk 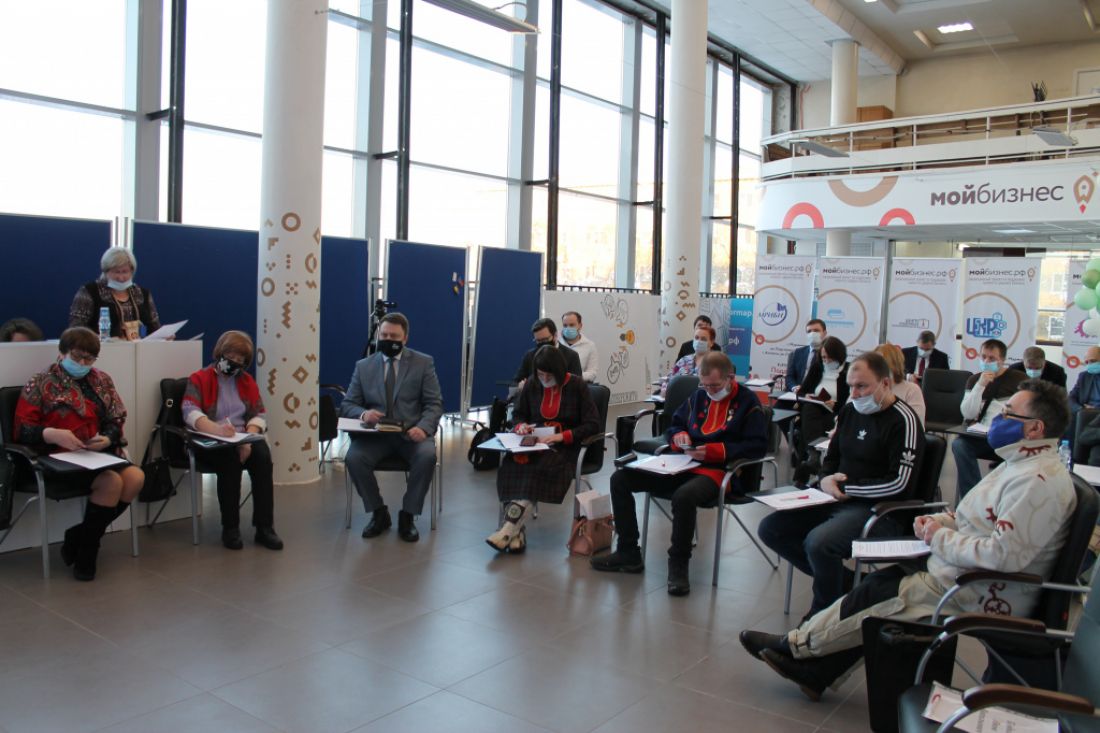 Today, on 18 February, Murmansk hosted a meeting of the Council of Representatives of Indigenous Peoples of the North under the Government of the Murmansk Region.

It was attended by representatives of the Murmansk Region Tourism Committee, Ministry of the Interior and Ministry of Natural Resources and the Environment, the administration of the Lovozero District and Lovozero settlement, Fedorovo Resources, the Sami Assembly Sam Sobbar and the Sami community.

The meeting kicked off with a discussion of interaction with the Murmansk Region tourism community with a view to developing a high-quality tourism offering.

This issue was previously discussed on 5 February 2021 at a meeting between Murmansk Region Governor Andrey Chibis and members of the Council and the Sami Assembly Sam Sobbar. The Governor approved of the indigenous peoples of the North building a dialogue and effective cooperation with the tourism industry of the Murmansk Region.

The Council highlighted that the Governor had set it as a target to have the Kola Peninsula’s image associated with the unique traditions of the Sami people.

Following the discussion, it was decided to hold a joint round table for representatives of the tourism industry and a series of events to achieve the above target.

Chairman of the Murmansk Region Tourism Committee Alexander Eliseev said he had hopes for effective cooperation with representatives of the indigenous peoples to promote local tourism.

We will be happy to join a round table discussion and propose that we jointly develop standards and a framework for selecting ethnographic and ethnic programmes that will be part of our region’s tourism offering.
Alexander Eliseev
Chairman of the Murmansk Region Tourism Committee

Also during the meeting, the Council members discussed the opportunities available under the Arctic Hectare federal programme, which envisages the allocation of Arctic land plots to Russia’s residents.

The Arctic Hectare is a federal programme for the allocation of Arctic land plots to Russia’s residents. The land can be used for various purposes, from individual farming to home building or setting up a business.
Maxim Khomyuk
Member of the Council of Representatives of Indigenous Peoples of the North under the Government of the Murmansk Region

Another issue raised during the meeting was the presentation of the project to develop the Fedorova Tundra PGM deposit in the Lovozero District of the Murmansk Region to the Sami community. CEO of Fedorovo Resources Alex Gostevskikh noted that the operating company would conduct a comprehensive pre-investment economic, environmental and social assessment of the project in line with the best international standards. The areas of special attention will include sustainable management of natural resources, care for the unique Arctic flora and fauna of the Kola Peninsula, and preservation of national cultures and traditions of the indigenous minorities of the North.

We support cooperation and regular stakeholder consultations on a wide range of issues throughout the Fedorova Tundra project.
Alex Gostevskikh
CEO of Fedorovo Resources

The Council noted Fedorovo Resources’ commitment to social responsibility and willingness to cooperate and decided to continue the dialogue with the Company. During the meeting, the participants were also informed about the start of a procedure to appoint a new Council and the launch of an annual environmental clean-up campaign to free the tundra’s reindeer migration routes near human settlements from household and construction waste.